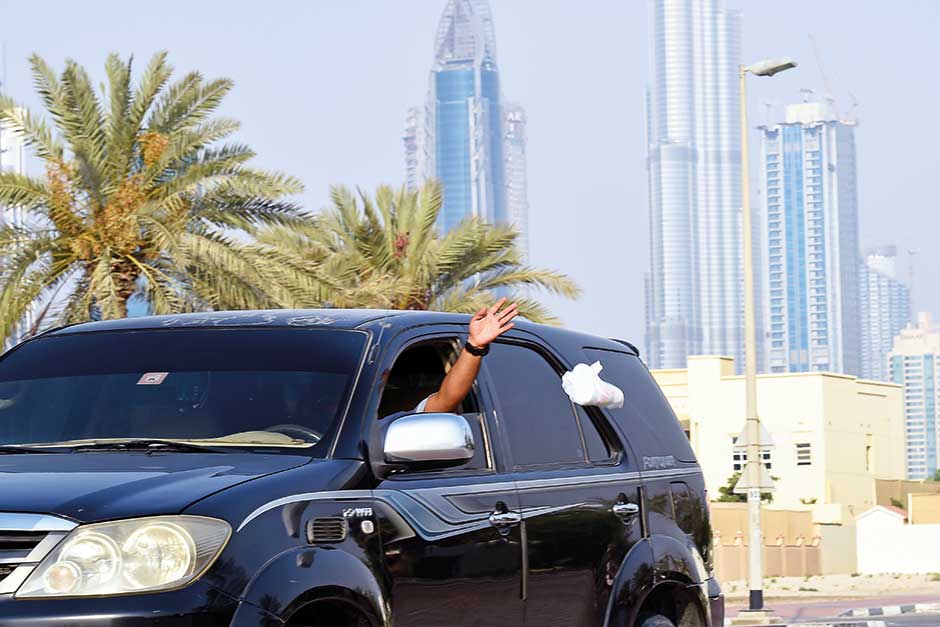 The UAE government has introduced Dh1,000 fine and six black points for those who throw trash from their vehicles. The anti-littering rule is not only restricted to large items, but is also applicable to tissue papers, aluminum cans or even a cigarette butt.

As per the recently updated UAE Traffic Law, polluting the roads is a federal offence and penalty has been enforced across all the seven emirates.

As per Brig Ahmad Al Shehi, Deputy Director of Traffic and Patrols Department, Abu Dhabi Police issued fines against 85 motorists for littering from January to March 2018. He also added, “Abu Dhabi Police are committed to maintaining the emirate’s clean image and keeping a watchful eye on any drivers found littering on the streets from their cars”.

Authorities have employed around 155 inspectors at the Waste Management department at municipality in Dubai who has the authority to fine people for littering. The Dubai municipality fine for littering is Dh500 under resolution number 14 of 2015 issued by Shaikh Hamdan Bin Mohammad Bin Rashid Al Maktoum, Crown Prince of Dubai and Chairman of the Dubai Executive Council.