5 Car Engine Noises to Look Out for! 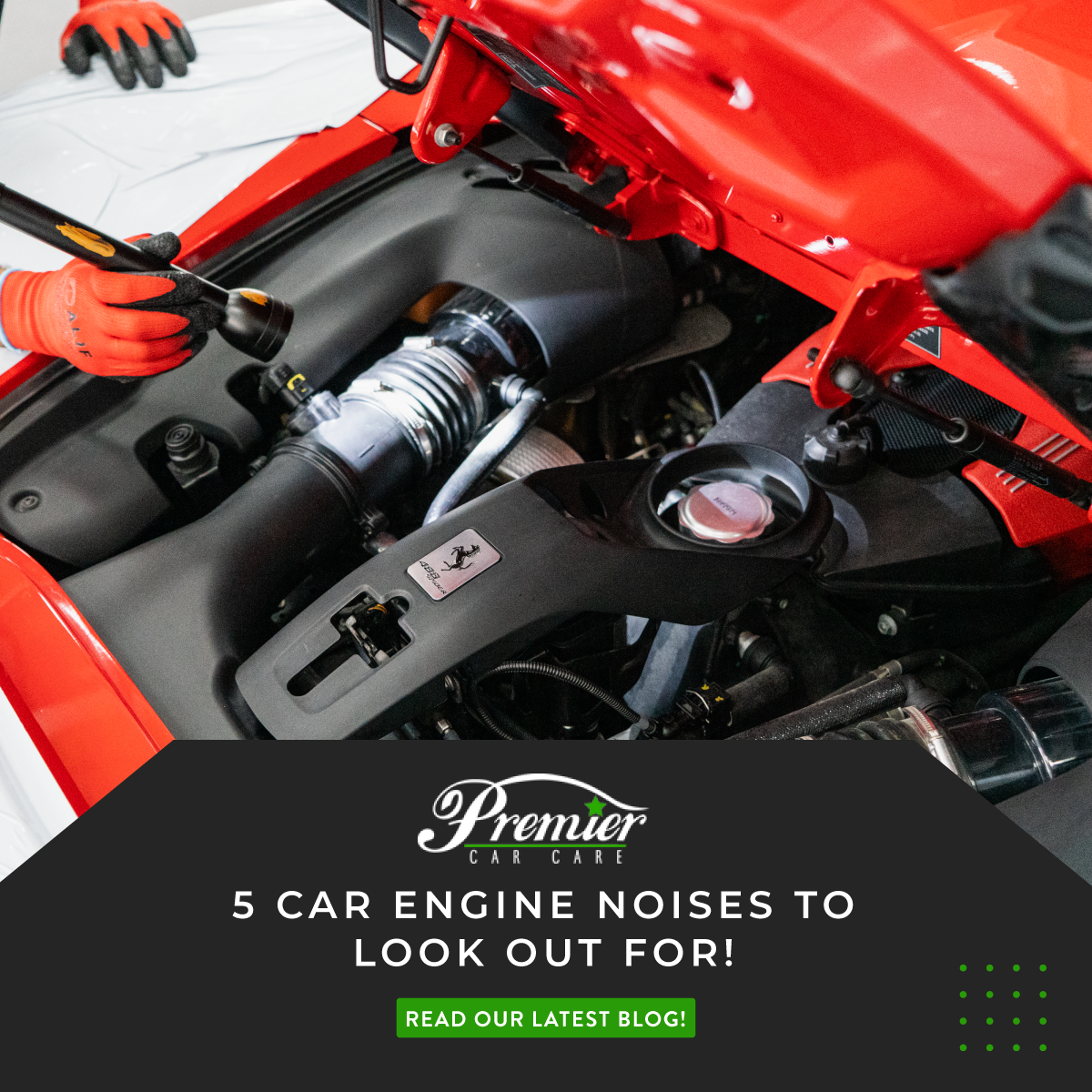 On a typical day, while driving, you might notice some unusual noises coming from your car engine. It might be a rattling sound that can’t seem to stop, or a distinct change in the sound of the engine. If you’re unsure what the noise is, it’s best to pull over and listen closely for any loose parts or leaks.

It’s easy to think your car is in perfect condition and that all you need to do is fill it up with gas and head off on your next road trip. However, there are a few sounds that indicate you might need to go for car repair in Dubai. When driving a car, it’s important to know when something may bewrong so that you can take care of the issue before any serious damage is done.

When it comes to car maintenance, it pays to know what you should do if something goes wrong. Some of the sounds that might indicate a problem with your car are familiar to many people – a loud motor noise for example – but there are other noises that may not be so easy to identify. Find out in this article, the 5 car engine noises that might mean it’s time for car repair in Dubai!

What are the different car engine noises?

5 Car engine noises not to be missed

1. “Pinging” or “pinging” noises from the engine: This is generally a sign that there is something wrong with the fuel system and/or the injectors. A mechanic will need to check these components to determine the issue.

2. “Rumbling” or “roaring” noises from the engine: This usually means that there is a problem with the turbocharger or exhaust system. A mechanic will need to inspect these systems during car repair in Dubai to identify and fix the issue.

3. “Thumping” or “banging” noises from the engine: This could indicate a problem with the timing chain, camshaft, or valves. A mechanic will need to inspect these components to determine what is causing the noise.

4. “Whining” or “squeaking” noises from the engine: This could be a sign of a failing bearings in one of the engine’s components. A mechanic will need to replace these bearings in order for the noise to stop.

Trying to diagnose any car repairs in Dubai on your own can be a complicated process, which is why it’s best to take your vehicle in for a mechanic’s inspection as soon as you suspect that there’s a problem. An automotive specialist can help you identify the cause of the issue and repair or replace the part or component before further damage occurs.

How to diagnose and fix a car engine noise

1. Coughing or snorting: This noise is usually caused by a clogged or blocked air filter or exhaust system. The engine may also be overheating, which can cause the fuel and air to mix together, resulting in the noise.

2. Rumbling or growling: This noise is usually caused by a worn or defective engine belt or pulley. It may also be due to a faulty valvetrain, which includes the valves, pistons, and camshafts.

3. Howling or screeching: This noise is usually caused by a broken exhaust manifold. The manifold allows the engine to breathe, but if it’s broken it will leak hot gases into the passenger area.

4. Whining: This noise is usually caused by a bad water pump or transmission seal. It’s best to have a mechanic diagnose the problem before attempting to fix it yourself.

If you’ve been hearing weird noises coming from your car engine, it might be time to get a car repair in Dubai. Some of the most common car engine noises that mean it’s time to call in a professional may include a rattle or knocking noise from the engine area, smoke or vapor coming from the exhaust pipe and noises originating from underneath the car.
Engine noises can be a big annoyance, and if they’re not diagnosed and repaired promptly, they can lead to more serious problems. That’s why it’s important to know the different engine noises that mean it’s time for car repair in Dubai. In this article, we’ve outlined some of the most common car engine noises and what they mean. If you hear one of these noises and it doesn’t seem to fit any of the other scenarios outlined here, visit your nearest service center at the earliest. For more tips, offers and latest updates, follow Premier Car Care on Facebook, Twitter, Instagram, and YouTube!