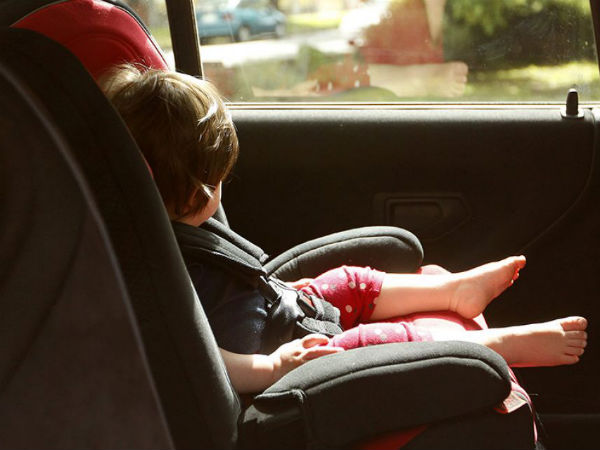 Parents are warned that children left alone in cars are at a high risk of dying from suffocation due to lack of oxygen and heatstroke.

A number of cases worldwide have been reported, and investigation has found that victims inhaled toxic carbon monoxide gas, which caused their deaths.

According to Col. Dr. Abdul Kader Al Amiri, director of forensic laboratory, carbon monoxide is a toxic, colorless, odorless and tasteless gas which is referred to as the ‘silent killer’. It works by slowly decreasing the oxygen flow and once it reaches the brain, results in unconsciousness, coma, permanent brain damage and death.

Khaleej Times reports that in December last year, police recorded the death of three Asians suffocated by carbon monoxide, which was produced by running generator while sleeping in their room. Meanwhile, two years ago, two housemaids died of the same poisonous gas produced by burning charcoal, which they kept in their room to keep themselves warm.

In the same way, children locked up in the car are at a high risk of dying from heatstroke if the car is exposed to sunrays or parked in a narrow area. Though the outside temperature is 15°C, the car can still heat up to well above 43°C in just 10 minutes. This is when it becomes deadly as heatstroke is caused when the body temperature exceeds 40°C. As for a child’s body temperature, it can rise up to five times faster than an adult.

Al Amiri noted that high temperatures increase oxygen pressure in the interior of a locked car when the engine is switched off, thus causing suffocation due to inhalation of poisonous gases released from leather or plastic seats.

Urging parents to be more vigilant with child care, he warned that in the event the car’s engine was left on, the radiator’s temperature may cause a fire in the car.

An official at the Ajman forensic laboratory also said that carbon monoxide emissions from vehicle exhaust, generators or while operating an indoor AC without ventilation openings, causes suffocation, poisoning and death. He explained that a person exposed to such toxic gas would get suffocated and fall unconscious and ultimately die in less than an hour.

Given the risks and ever-increasing cases associated with the inhalation of toxic carbon monoxide, police authorities have organized a number of awareness campaigns to educate people about the dangers of keeping children inside the cars while they shop or pray.