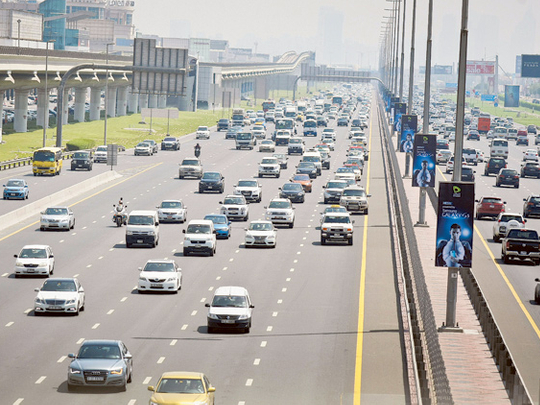 Both Abu Dhabi and Sharjah Police have taken to social media to educate drivers in the UAE about the dangers of driving slower than normal in the fast lane. Not only are they putting themselves at risk, but they are also posing a threat to other drivers.

If you are caught doing this, you will receive a fine from the Police authorities. In Abu Dhabi, you can expect a fine of AED 400. In Dubai, the fine is AED 200.

Tailgating or driving too close to another vehicle’s rear bumper can also land you with a fine of up to AED 400 and 4 black points.

As per the list of UAE traffic fines, it is also against the law to undertake and it is a fine-able offense.

Back in 2014, Dubai Police also expressed the dangers of driving slower than the speed limit on roads and the risk it put other drivers in. Most accidents that involve a rear-end collision are caused by large differences in speed between vehicles on the road.

Our top tip; If you’re driving significantly slower than the rest, please move out of the way. Don’t hold up traffic in the fast lane to avoid giving inconvenience to everyone.