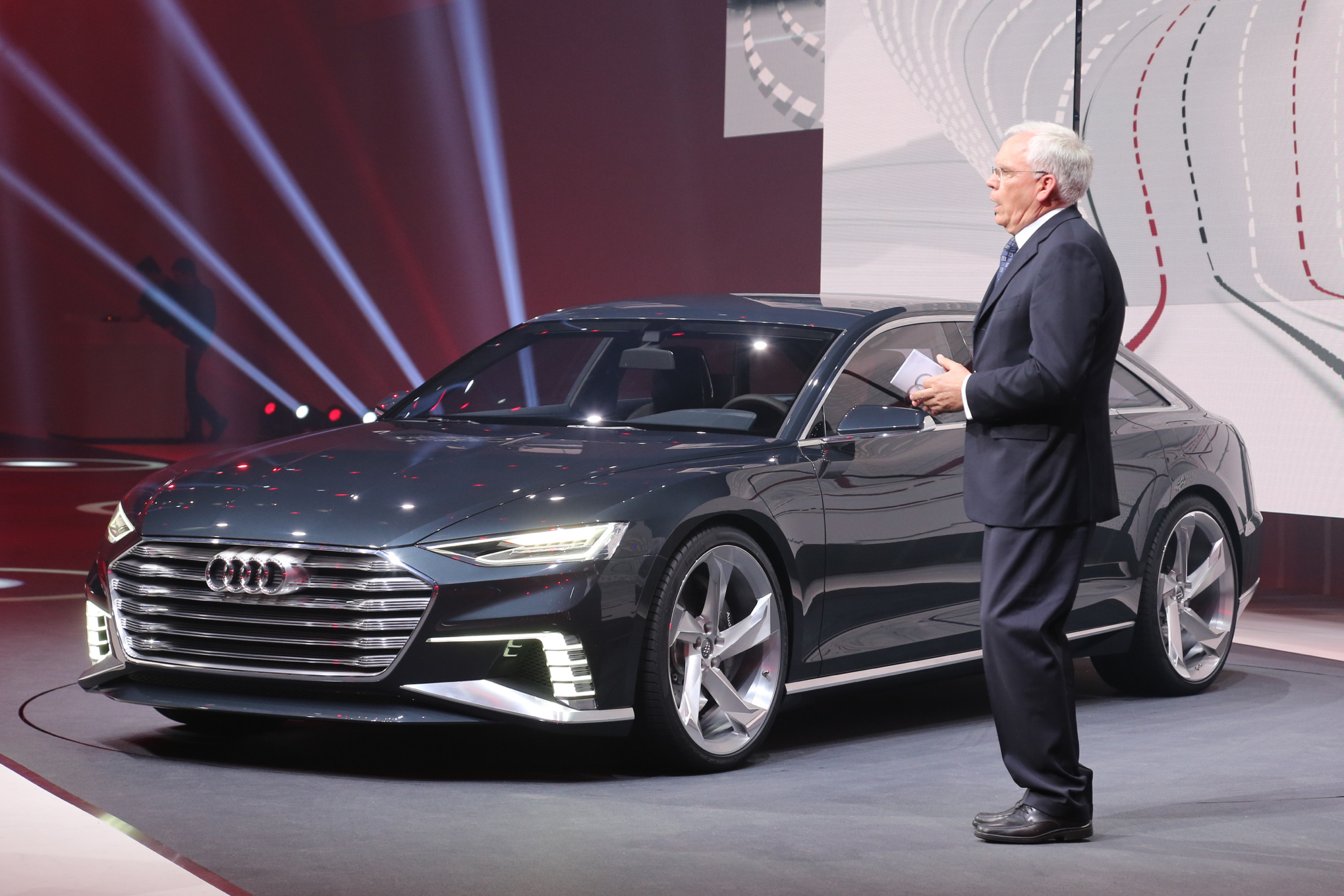 The Audi Prologue Avant Concept goes in a different direction than the Prologue coupe, in more ways than just its five-door wagon body. The coupe was first shown at the LA Auto Show with a 4.0-liter, twin-turbo V8, then went redux at CES as a hybrid with a total of 677 horsepower and 701 pound-feet of torque. The only-slightly-larger Prologue Avant sticks with the hybrid but gets the system from the Q7 E-Tron quattro, meaning a 3.0-liter, twin-turbo V6 TDI with 353 hp and a 100-kW electric motor strapped to the eight-speed transmission. Total output is 455 hp and 553 lb-ft, pure electric range is 33 miles, and 0-62 miles per hour comes in 5.1 seconds.

The forward section of cabin with its screen-based Tie Fighter displays and controls comes over from the coupe, as well as the four individual seats, but the Avant lavishes attention on rear passengers in ways not possible in the two-door. They also get a screen on the pass-through center console for convenience controls, and detachable OLED screens – a la the detachable tablets in the Q7 – with which they can send information to the front occupants. As a traditional Audi avant is to a coupe relative, the Prologue Avant is all about bringing the family along on the digital highway.

We’ll see it at the Geneva Motor Show next week, and Audi is again talking up how the design language will migrate to production cars. It also makes noises in the press release below about near-production many of the technologies are in the concept, so it looks like there could be all sorts of Easter Eggs on the way from the Ingolstadt brand.