Car Dent Repair in Dubai: 6 Things to Know to Get the Job Done 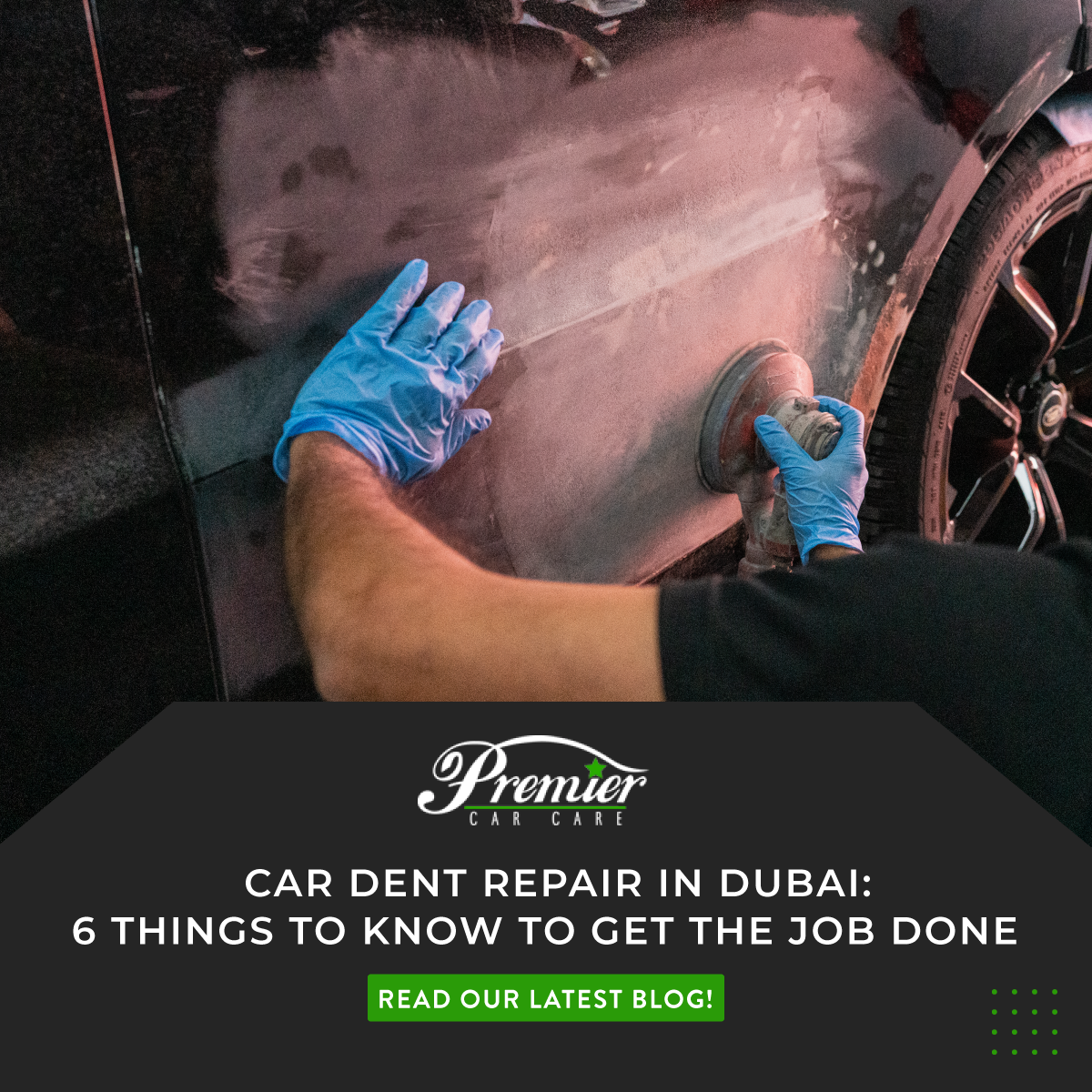 Car dent repair is an important part of car maintenance and not something to be taken lightly. With so many different types of techniques, products, and resources at your disposal, finding the best way to fix your car dent can feel like a bit of an overwhelming task. Thankfully, with some time and patience you can find the perfect car dent repair in Dubai without any stress!

Car dents are caused by a number of factors, including collisions, road debris, and driving mishaps. These include:

1. Collisions: Car collisions can cause serious damage to the car body and interior. Serious dents can occur in the car’s frame, doors, and hood. In some cases, the entire body of the car may be damaged.

2. Road Debris: Road debris can also cause dents. This includes pieces of broken glass, stones, and other heavy objects that are thrown up by the tires while driving.

3. Driving Misdeeds: Driving misdeeds can also cause dents. These include improper parking, reckless driving, and running red lights. In many cases, the car owner may not know that he or she is to blame for the dent.

4. Steering: Steering mishaps can cause dents and dings. This includes turning too sharply or hitting a curb, tree, or another object while driving.

5. Tires: Tires can cause dents by flattening against the road. This happens especially when driving at low speeds. The tires also rub against stones, pieces of broken glass, or other debris thrown up by the car’s tires on the road.

6. Towing Vehicle: If a car is towing another vehicle, the towing car can cause dents. This includes pulling a trailer with a ball hitch. The trailer causes the towing car’s rear bumper to rub against the bumper of the other vehicle.

If you have ever been in a car that had a dent, then you know just how frustrating it can be to try and fix it yourself. Depending on the size of the dent, it might be possible to fix it with a little bit of duct tape or a plunger. But if the dent is too big, you’re going to need some help from a professional.

There are a few different ways that car dent repair in Dubai works. In some cases, a professional will use a special vacuum/suction cleaner to suck out the dent. This can be helpful if the dent is small and doesn’t require any extra tools or skills.

If the dent is bigger, the professional will likely use a drill to create an opening in the metal surrounding the dent. They will then use a special kind of glue to attach metal plates around the opening. Finally, they will use a vacuum cleaner to suck out the glue and fix the metal plates back around the hole in the car.

You can avoid car dent repair in Dubai by following these simple tips:

-Watch out for potholes and cracks in the road. These can cause your car to suddenly lose traction, which can lead to a collision. If you see a pothole or crack on the road, be sure to avoid it.

There are a few things you can do to make sure you get the best car dent repair in Dubai.

First, check to see if the dent is large enough that it will require a whole-car repair. If the dent is small, a quick fix may be all that’s required.

If the dent is too large for a quick fix, you will need to take it to a mechanic. The mechanic will inspect the dent and determine whether or not it requires a whole-car repair. If so, they will order the necessary parts and bring them to your car.

Once the parts arrive, the mechanic will begin repairing the car. Depending on the size of the dent, this could take several hours or even a day. If you have any questions about getting your car fixed, don’t hesitate to ask our mechanic at Premier Car Care who will be happy to help you out!

How much does it cost to pop out a dent in a car?

The cost of car dent repair in Dubai will vary depending on the severity of the dent and the location of it. Many car dent repair shops in Dubai offer a free consultation before starting work on the car. To pop out a dent in a car, first you will need to remove any debris that is inside the dent. Then, you will need to use a plunger to suck out any moisture and other substances that are inside the dent.

Most dent repair shops in Dubai will use a vacuum cleaner and a plunger to remove the dent. After that, they will use a metal rod called a jemmy to pop out the dent. Depending on the severity of the dent, they may also need to use hot air to remove it completely.

If you have a larger dent that needs to be removed, then you will likely need to take your car to a specialist. These specialists have access to more powerful tools that can remove larger dents from cars quickly and easily.

How much does it cost to fix a small dent in a car door?

If your car has a small dent, it’s probably not a big deal. However, if the dent is large enough to impact the car’s safety or performance, you may need to get it fixed. If you’re unable to fix the dent yourself, don’t hesitate to call an auto body shop such as Premier Car Care specializing in car dent repair in Dubai.

A typical small dent in a car door can cost between AED 150-200. However, if the dent is too large or complex, it may cost up to AED 1,000. If the dent doesn’t require replacing the door entirely, you can usually just fix the area around the dent with a new piece of metal. This can be done by welding or bolting the metal in place. Just make sure that you get all of the rust and dirt removed before fixing the metal, otherwise it will eventually fail.

If you do end up needing to replace the door entirely, expect to spend between AED 2,000 or higher. This price range includes both labour and materials. Again, be sure to consult with a Premier Car Care specialist and budget for this expense before bringing your car in for repair.

If you’re looking for car dent repair in Dubai, you’ve come to the right place. Here at Premier Car Care, we offer a wide variety of services that will help get your car back to its pre-dent state. From simple dent repair to full vehicle restoration, we have everything you need to get the job done.